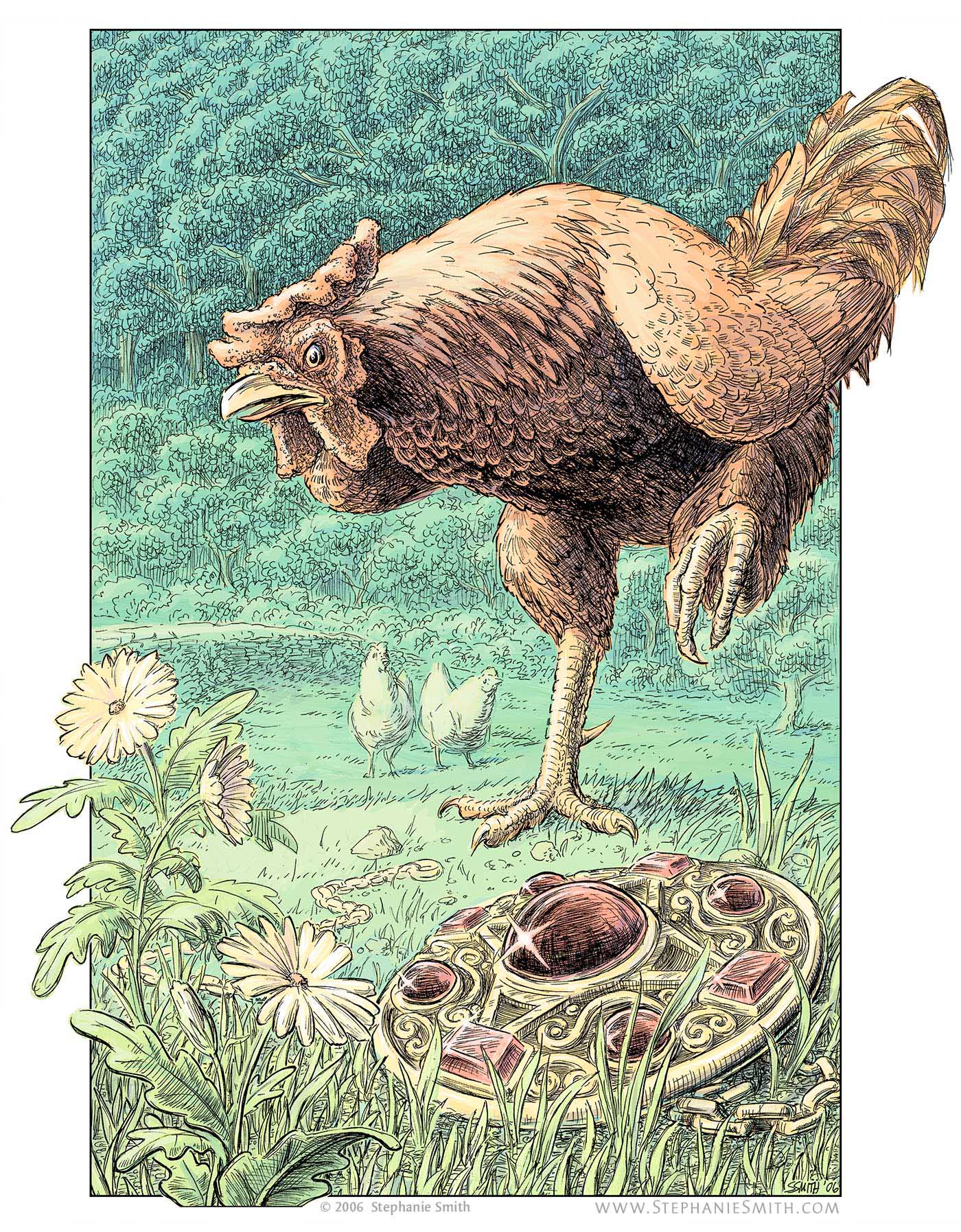 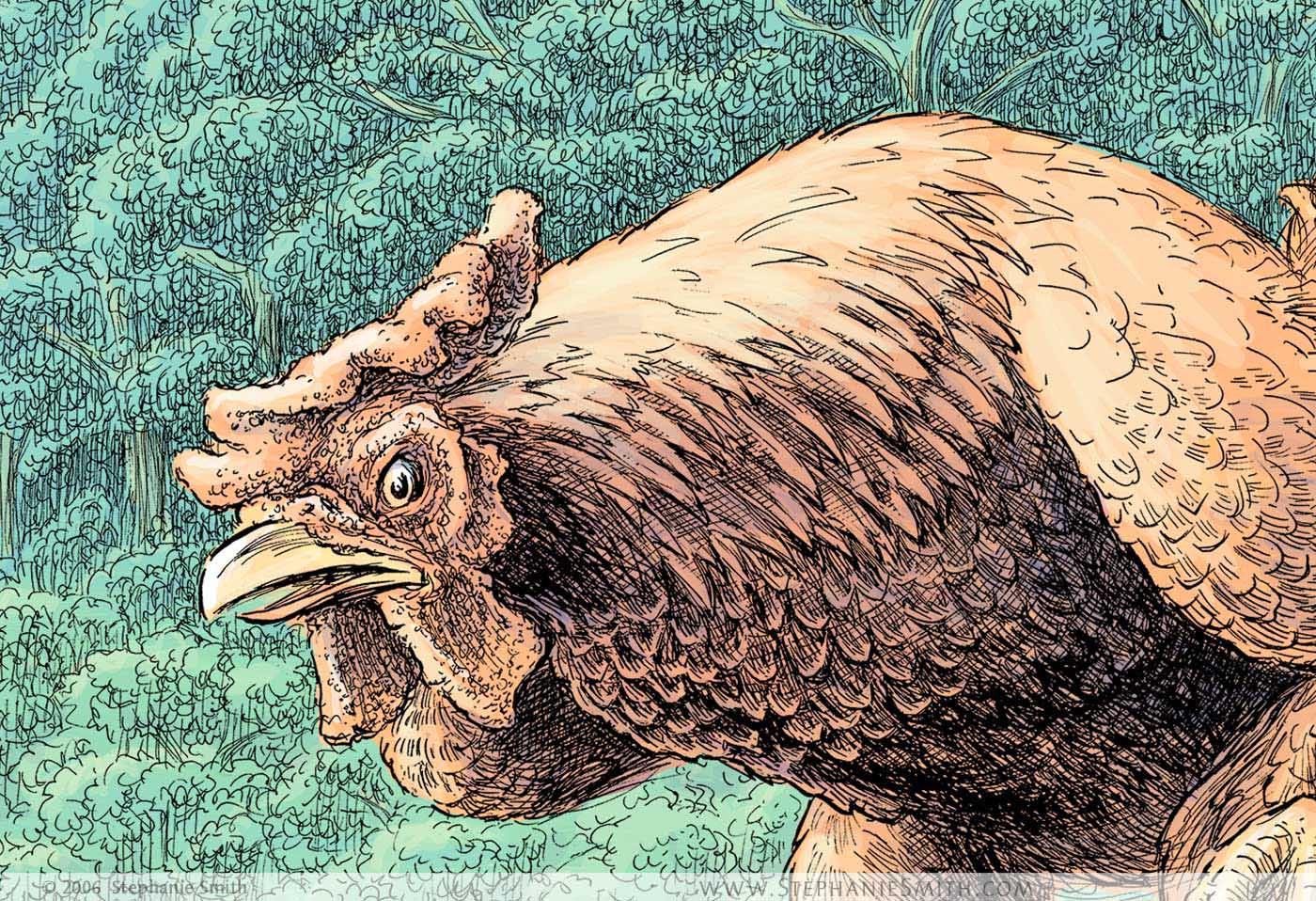 The Rooster and the Gem

A rooster finds a gem in a field.
It tries to convince him how valuable it is.
The rooster would rather find some tasty bugs to eat. 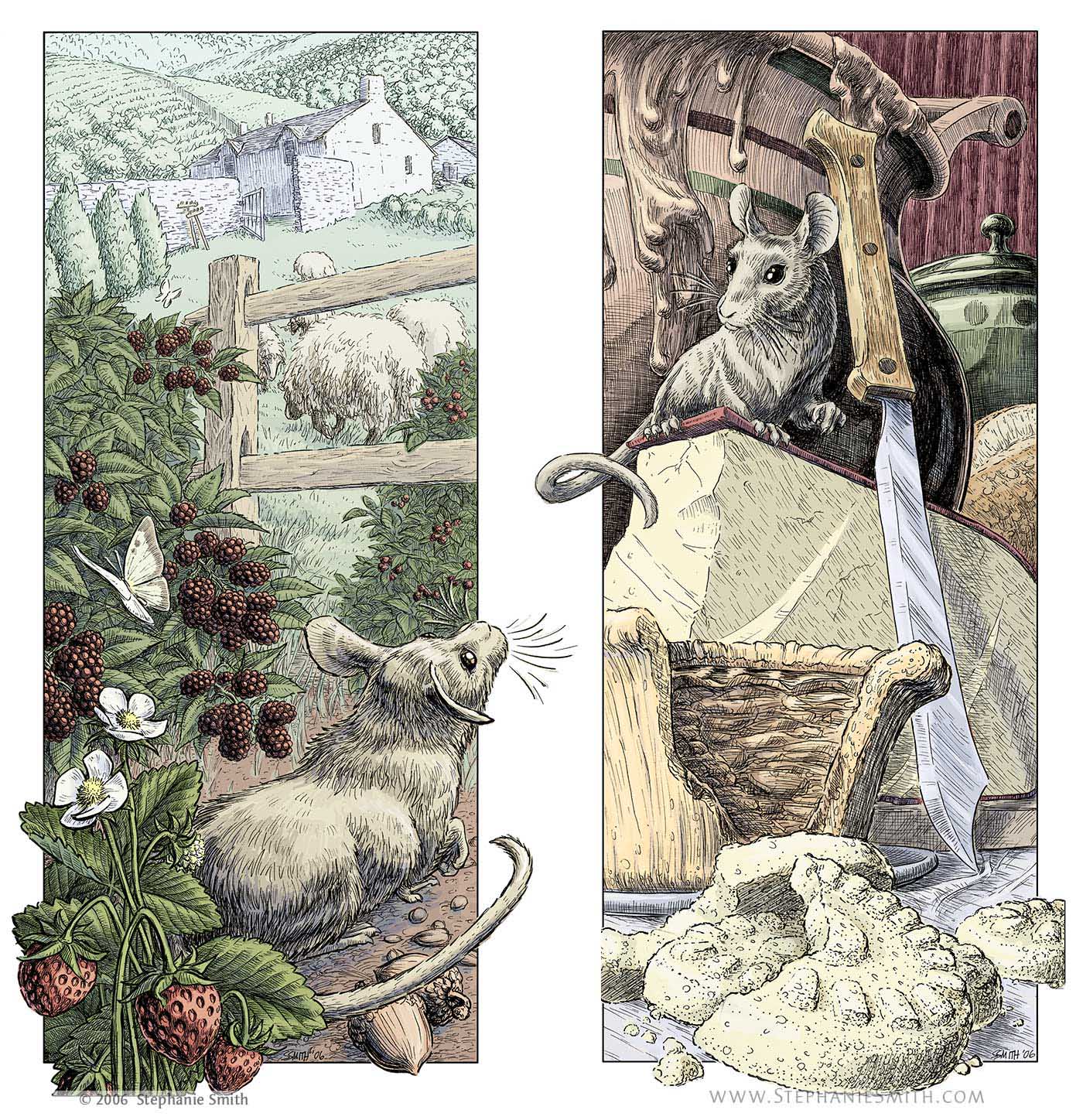 The Country Mouse and the City Mouse

A rural rodent is convinced by its urban cousin that life is better in the big city.
After a harrowing visit, it realizes that the country life isn’t so bad after all. 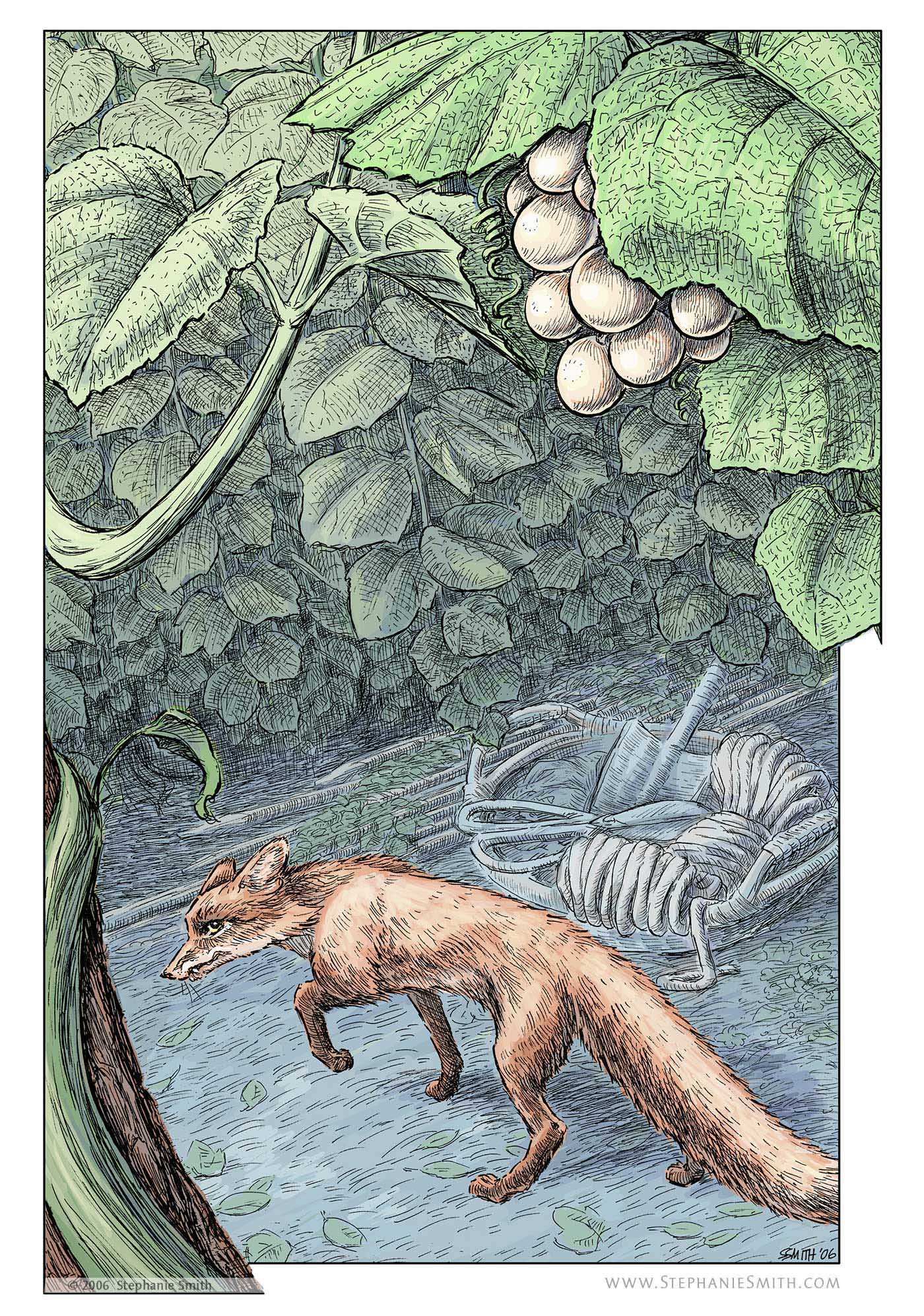 The Fox and the Grapes

A fox is annoyed that the tasty grapes are just out of reach.
It convinces itself they probably taste bad anyway. 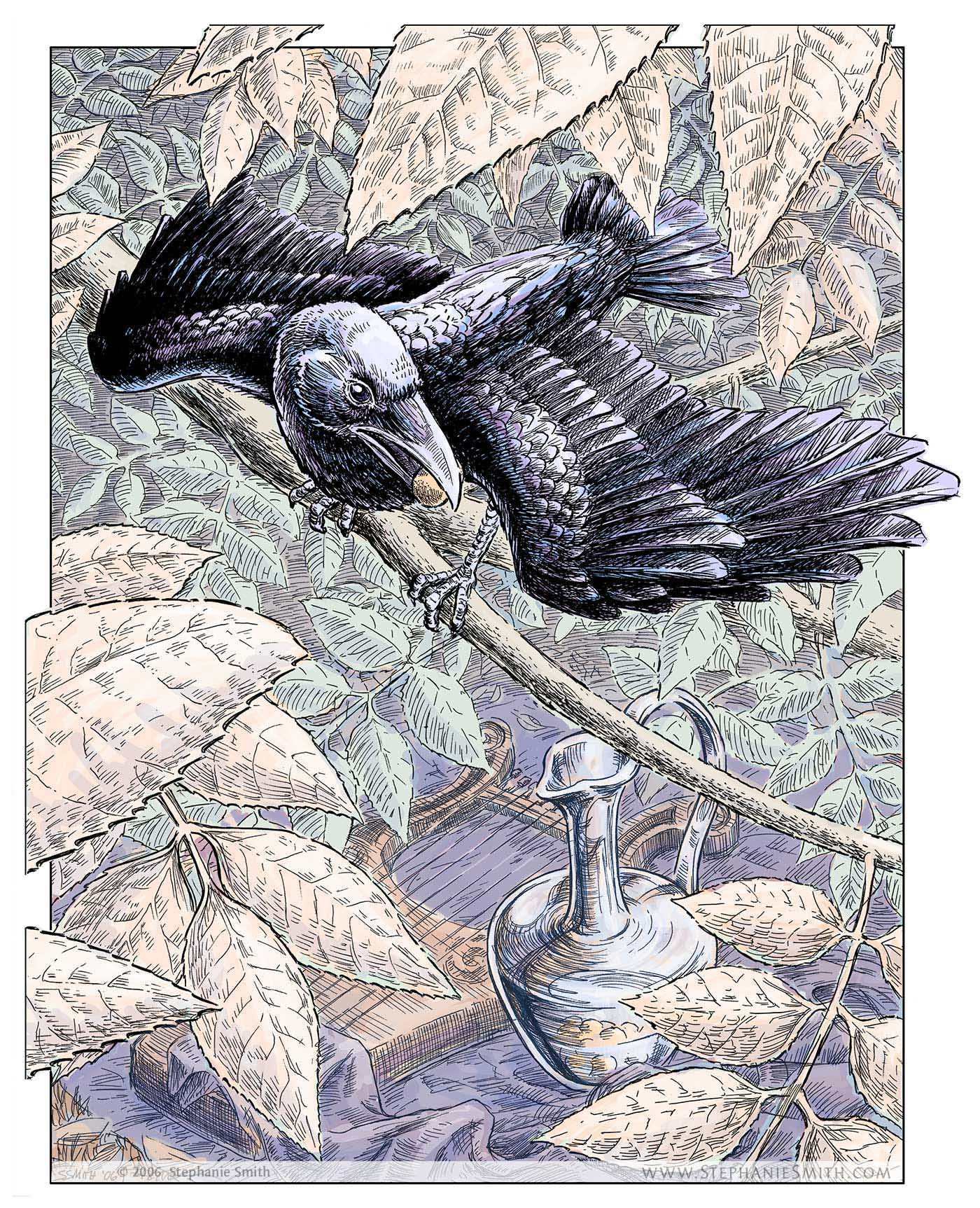 The Crow and the Pitcher

A thirsty crow wants to drink out of a narrow pitcher, but can’t reach the water.
It figures out how to raise the water level by filling the pitcher with pebbles.
Smart crow isn’t so thirsty anymore.

A series of artwork based on Aesop’s Fables; this collection includes stories with lighter themes.